Regtech still finding its feet, as banks and regulators do delicate dance

February 27, 2018
Australia's financial regulators gathered in the Market Street offices of the Australian Securities and Investments Commission in Sydney last Wednesday for a private briefing with the Boston Consulting Group. The topic; Fast-moving developments in the world of regulatory technology, aka "regtech''.
The deployment of artificial intelligence is gathering pace in financial services. It's being used in pricing, trading, credit assessment and capital allocation.
Banks also realise machine learning can help them improve regulatory compliance. Computers can read the masses of statutes and regulations spewed out across the globe and throw up red flags when operations go out of kilter.
Commonwealth Bank of Australia has just completed a project with Dutch banking giant ING and Chicago-based regtech Ascent Technologies, which used natural language processing and AI to interpret and convert 1.5 million paragraphs of regulation on the European Union's latest markets in financial instruments directive. 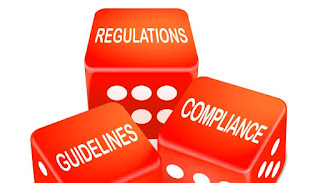 It created "a series of bite-size, actionable tasks appropriate for the banks" to help them "simplify and meet their compliance obligations", CBA said last week.
Westpac and ANZ are working with a local
start-up, Red Marker; its Artemis system has helped them more proactively identify risk in communications and advice provided by advisers. Bank of Queensland is understood to be scouting for potential regtech partnerships.

Given compliance is one of the few areas in global banking where headcount is expanding – pressuring profit margins – banks see regtech as both a potential cost-saver and a development that could turn backward-looking, legally-focused, box-ticking compliance departments into prospective risk managers.

At last week's meeting, the consultants from BCG's Expand subsidiary, which runs the BCG FinTech Control Tower, told representatives from ASIC, the Reserve Bank, the Australian Prudential Regulation Authority, AUSTRAC and Austrade that there are almost 30 regtech start-ups in Australia, the third-largest global regtech hub after the US and Britain. The RegTech Association has been formed to represent the sector's interests.
In a market with global leaders like Mongo, Metric Stream, and Fenergo, some examples of local regtech start-ups are: Simple KYC, Auraya, Verifier and Trax Print (all verification); Riskflo and TRAction (regulatory reporting); identitii and Luscan (data capture); GRC and Accelerate (analytics); and Arctic and Complii (compliance).
A couple of players are listed on ASX: Kyckr, which does KYC checks; and iSignthis, an identity verification and payment authentication service for merchants.
Despite the local market's growing sophistication and depth, banks are treading very carefully.
Their inherent conservatism is a product of the lack of regulatory guidance on the appropriate deployment of artificial intelligence in banking.
They also say most regtech start-ups lack the sophistication required to work inside bank systems. It's an area banks are sensitive about, following AUSTRAC's case against CBA for alleged breaches of AML and CTF obligations savaged its reputation.
Regulators will be loathe to endorse any specific technology. But local start-ups and banks say they could be doing more more.

For example, while ASIC has made positive sounds – its Report 523 last May said it would establish a "liaison group", host a ''hackathon'' and deploy some new technology in its own supervisory work – about the technology, it could follow the lead of the British Financial Conduct Authority (FCA), which is preparing new regulatory regtech guidelines.
It is understood these will advise banks on which new technologies could be deployed towards particular regulatory requirements.
The FCA also acted as an observer in the CBA trial with ING and Ascent. "The FCA understands the benefits of collaboration in areas where an industry solution is beneficial for the overall system, such as compliance," CBA said. The Monetary Authority of Singapore (MAS), meanwhile, is investing $S27 million ($26.1 million) to boost the country's AI and data analytics capability, of which some will flow into regtech.
Global financial sector leaders have seen the potential of Australia's regtech start-ups. American Express said last year it will start exporting a cloud-based platform built by Simple KYC, which cuts customer on-boarding time.
The question now is whether regulators and local banks will be able to get comfortable with the prospect of key regulatory functions being delivered in collaboration with innovative start-ups.
Banking Finance Innovation International Regtech Technology