US deregulation "a factor" in regtech deal slowdown

June 16, 2018
RegTech startups setup to help banks and other financial institutions manage risk and meet compliance requirements imposed by stricter regulation in the wake of the financial crisis have thrived since 2010. However, since taking office Donald Trump has made good on his promise to unwind Dodd-Frank rules, reducing the the regulatory burden on financial markets and erasing the legacy of the Obama administration. Regtechs must now navigate a new era of deregulation that has the potential to harm their bottom line, but despite the challenges ahead the future remains bright, according to industry experts. 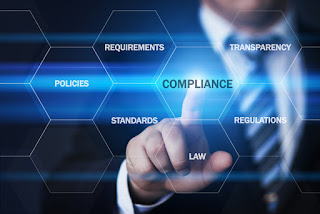 There was cause for concern for regtechs on June 4, when the Commodity Futures Trading Commission (CFTC) voted to increase the de minimis threshold for swap dealer registration to $8bn in annual notional value. The decision aims to diminish the compliance burden and reduce costs for smaller financial and non-financial firms that transact relatively low volumes of swaps and do so primarily as a means of hedging risk. Under the new rules, the CFTC estimated that the number of entities subject to swap dealer registration and, therefore, subjected to disclosure, margin and capital requirements is 145, down from 229 under prior regulations.
“The data shows quite clearly that a drop in the de minimis definition from $8bn to $3bn would not have an appreciable impact on coverage of the marketplace,” CFTC Chairman Christopher Giancarlo said in his opening statement at a commision meeting. “It ensures that smaller market makers and the counterparties with which they trade can engage in limited swap dealing without the high costs of registration and compliance,” he added.
No matter how minimal the impact on marketplace coverage, the loosening of swap dealer rules and deregulation more generally is having a chilling effect on the funds allocated to compliance, according to Adolfo Pando-Molina, CEO of RegBot. From a common sense standpoint, he says, a reduction in policing the financial sector, together with a reduction in the quantity and value enforcement actions will lead to less investment in compliance solutions.
“It is true that 40% of regtech companies worldwide are based in the US, yet the figures also show that, whereas 81% of regtech deals in 2012 took place in North America, that figure had dropped to 59% by 2017,” he says. “I do not have sufficiently granular information to state that such slowdown is due to the current push towards deregulation in the US. It is likely due to a number of factors, yet I would hazard that deregulation is one of them.”

Despite a general trend towards deregulation, the changes to the de minimis threshold are unlikely to have a major impact on the regtech industry, explains Bruce Runciman, executive director at AxiomSL, a provider of regulatory and risk management solutions for the financial services sector.
For smaller firms sitting under the threshold, although not formally subject to more stringent swap dealer rules, it is within their best interest to work closely with regtech companies and play within the confines of the compliance sandbox in order to avoid market scrutiny and reduce overheads, Runciman says. At the very least “it makes sense on a cost basis,” he added.
Furthermore, many of the regulations regarding risk management for instance are a net benefit for financial services providers and their clients, with institutions likely to continue to implement solutions to minimise risk even if they are no longer legally required to do so.

The easing of swap dealer rules by the CFTC and the move by the current administration towards deregulation of the financial services sector is viewed by some as a correction to regulatory overreach seen in the aftermath of the financial crash, which saw the pendulum swing in favour of a tougher rules under the Obama administration, states Donald Horwitz managing director at Oyster Consulting.
The regulatory environment is not fixed. It remains in a state of flux, shifting based on the people, politics and policies that hold sway. No doubt in its current iteration regtech profits are likely to be negatively impacted in the short-term as the trend towards deregulation takes hold in the US. But in a sector that is increasingly moving towards automation and seeing the benefits of doing so there is a bright future for technology providers in financial services.
Banking Finance Innovation International Regtech Regulations Technology