The compliance revolution... How RegTech is changing the face of regulation

October 16, 2018
Seismic regulatory changes have been sweeping the financial services sector since the crisis in 2008. Banking and finance, in general, have moved decisively in favor of stronger regulation, and a number of landmark directives such as Dodd-Frank, Basel III, EMIR and the second Markets in Financial Instruments Directive (MiFID II) have been introduced to improve transparency, market efficiency, and investor protection.
The staggering speed of regulatory change means many financial services companies are playing catch up as the limitations of legacy technology and siloed systems are exposed. What has been particularly revealing to financial services firms has been the importance of analyzing their own ‘big data’, which is now regarded as derigeur for proper business intelligence to fully understand their own strengths and weaknesses. 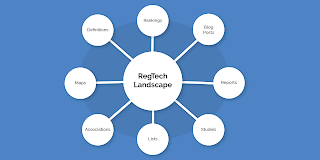 With technological advances happening at light speed, RegTech is known as a means of simplifying the process of compliance for firms, which can automate procedures that were formerly done manually, and streamlining burdensome compliance processes to reduce both business risk and the load on human resources. Firms are already spending upwards of USD100 bn, with 90% of executives expecting continued increases in costs in the coming years.

Against such a background, the scope for continued strong growth in RegTech is clear. Globally, investment has already surpassed US$500m in 2018, up from US$420m last year, with North America and Europe accounting for 90% of RegTech deals between 2014 and 2018, although the landscape has remained fragmented.
The dominance of Europe and the US is gradually shifting, with key players entering markets such as Asia, in response. American Express’s platform, KYC, is expanding there and a number of local companies are also starting to gain prominence, particularly in India and Singapore, where financial institutions have many regimes to comply with, each with different rules and requirements.
Unlike most industries, financial services have no governing body responsible for setting a collaborative RegTech agenda, so implementation efforts across different regulations are not aligned. In 2017 the International Regtech Association (IRTA) was launched – a non-profit community of individuals and organizations aimed at promoting standards, certification, innovation and collaboration across the sector.
Regulators are also becoming more proactive in encouraging innovation and collaborating. The FCA was the first to open a ‘regulatory sandbox’ in 2015, as part of Innovate, a wider FCA initiative, which encourages firms to test cutting-edge products, services or business models in a live, but protected, environment –  these initiatives are increasing in popularity as RegTech develops.
2018 has been a banner year for regulation, with significant regulatory overhaul with the implementation of MiFID II, PSD2 and GDPR, which all have had a major impact on how the industry operates. But RegTech’s job is far from done.
By 2020 it is estimated there will be 300 million pages of regulations, with fines for non-compliance to rise accordingly. New directives to be implemented, such as the Fundamental Review of the Trading Book (FRTB) and the Central Securities Depositories Regulation (CSD), will further increase firms’ obligations and necessitate more RegTech to help meet these demands. There is even talk already of a MiFID III, due to a number of key issues remaining unresolved, particularly cross-border aspects of the rules such as research acquisition, transaction reporting, and product governance.
This suggests that RegTech’s job is about to get much bigger. With the road ahead uncertain, it is imperative there are cost-efficient ways of managing the new regulatory obligations firms will be facing. Innovative, accessible and technologically advanced, regtech provides that solution.
Digital Transformation Finance Innovation International Regtech Regulations Startups Technology