How Brexit Could Be Good For Regtech

January 28, 2019
Now that Christmas is over and we’ve stopped talking about shopping and overindulgence, the rhetoric has, predictably, turned back to Brexit.
And with the March deadline looming closer and closer, the media is full of all the usual speculations about what effect leaving the EU will have.
But the simple, answer is ’we don’t know’. That is the crux of the thing. It is all very well being told to prepare your business for Brexit, but how can you put together a strategy when you don’t know what you are strategizing for? 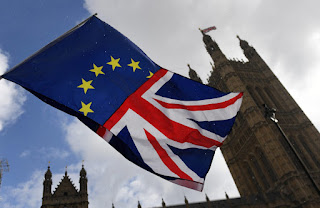 Yes, we have heard all the scaremongering - house prices will drop, the pound will tumble, the trade will ground to a halt, but what about the young industries that rely on technology?
We work in the UK’s booming regtech industry, which has seen a huge amount of growth in the past few years with no signs of abating. In fact, a recent survey by Intertrust revealed that financial service professionals expect an upsurge in demand for regtech solutions that can ease the costs and efforts associated with compliance.
The survey revealed that 85% expect demand for regtech to grow into 2020 with two-thirds saying their companies are struggling with skills shortages in regtech and compliance.
And while there has been speculation that, post-Brexit, there could be a cull of regulation as the UK moves away from the number of rules and regulations set by the EU. But, when it comes to financial services, it is unlikely any of the existing regulations will go, especially when you consider that the FCA has been instrumental in the formation of EU regulations.
If anything, post-Brexit we may see the FCA push to put even more regulations in place – potentially taking the 5th Money Laundering Directive's call for electronic checks where possible even further by making them mandatory, in order to ensure the UK's anti-fraud systems are equal to or better than the rest of the EU to ensure ease of trade.
We could also see even more regtech innovation in the UK compared to the rest of the world in a post-Brexit world. The UK is already the leader in regtech, and the FCA may find it is able to react more quickly to technological advances of fraudsters, legislate quicker and therefore give homegrown regtech a creative and economic advantage over their European competitors.
But whatever happens with Brexit – deal, no deal, no Brexit – one thing is for sure; money laundering and other financial crime are on the rise, especially in the UK. So we are likely to see more and more regulation put in place to fight it. If and when we do leave the EU, the connections between our own regulatory bodies and those across the world could become more complicated so the need for excellent regtech solutions to help with that transition will be in more demand than ever.
Digital Transformation Innovation International Regtech Regulations Technology