October 05, 2019
The global banking industry has evolved dramatically since the 2008 financial crisis. And, since then financial regulators across the world have tightened their noose around all kinds of financial firms, to avoid any kind of similar turmoil. Mumbai-based Infrasoft Technologies and IBS Intelligence have collaborated on a whitepaper that discusses RegTechs and what it means for firms in the financial space. It highlights how banks and financial firms of all kinds have increased their focus on regulatory compliance and are investing more heavily in the space to avoid any regulatory lapses. 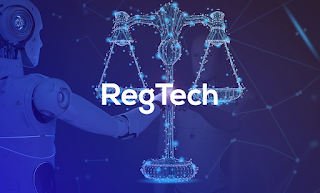 In the last ten years, more than $320 billion has been paid as settlements or fines to enforcement authorities, which has increasingly put pressure on top brasses of these financial firms across the world to buckle up. Now, the overall industry is spending nearly $270 billion annually on compliance-related costs with an upward trend every year, the whitepaper showed.
Banks are now mandated to follow regulations in areas including market risk, credit risk, liquidity & operational risk, financial crimes, payments and trade among others. And, that translates to a huge dent in their pockets, which for global banks may go up to $20 billion per year. As a result, banks are now seeking “out of the box”, transformative and at the same time cost-effective and efficient solutions. They look for tech enablers to spearhead them into the digital arena.
The paper also discusses use cases explaining the usage, benefits, and timing to adopt RegTechs. It elaborates on how they not only help with regulatory compliance and cost-saving but also enable a better customer experience through continuous end-to-end data management. It further talks about how some regulatory bodies such as Bank of England and the Monetary Authority of Singapore are also putting in efforts to promote RegTech through multiple initiatives like POCs and hackathons among others.
Infrasoft Technologies specializes in digital solutions & software for the Banking, Financial Services, and Insurance sectors. Its portfolio comprises of an artificial intelligence-enabled RegTech suite of solutions called Univius, an AI-based omnichannel and open banking platform ‘Kiya.ai’ and its core banking solution ‘Finairo’.
Digital Transformation International Regtech Regulations Technology