An Empowered Audit Team Can Be the Ultimate Safeguard

December 06, 2019
For multinationals operating in today’s political and regulatory environment, maintaining compliance with the endless stream of new and revised regulatory requirements feels a lot like tap dancing in a minefield.
From the ongoing U.S. trade war with China to the introduction of localized digital taxes to significant updates to Generally Accepted Accounting Principles (GAAP) and International Financial Reporting Standards (IFRS), a case can certainly be made that this is the most volatile global compliance landscape in recent history. 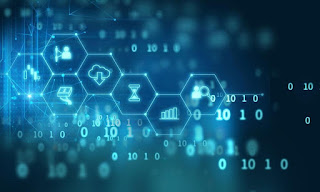 While pretty much every business has resigned itself to living under the constant threat of stroke-of-the-pen risk and spending more money on compliance every year, there is one piece of the puzzle that is still within every business’s control: addressing the shortcomings of its own audit process.
Companies have tried to throw resources at reducing their exposure to compliance-related risk. Earlier this year, the PwC 2019 State of Compliance Study noted that — depending on the sector and other factors — businesses spent between $1 million and $5 million on compliance per $1 billion in revenue. But all that spending is for naught without an audit team with a 360-degree view of a company’s practices.
Take the recent plight of Under Armour. According to a Wall Street Journal report, the U.S. Justice Department, in conjunction with the Securities and Exchange Commission, is conducting an investigation into whether or not the Baltimore-based sports apparel company engaged in illegal accounting practices and related disclosures by shifting sales from quarter to quarter to appear more financially healthy.
This and countless other situations like it are prime examples of the precarious position businesses can find themselves in if their audit functions are not front-and-center in the compliance picture.
Businesses are being opened up to staggering fines and irrevocable reputational harm — because their audit functions aren’t working in lockstep with the rest of the company. In this complex environment, there is an overwhelming need for auditors to factor in a multitude of variables to get a complete picture of a company’s tax story, for example. Accomplishing that, though, is far easier said than done.
Because the scope and complexity of regulation have widened to include almost all areas of commerce, many multinationals have turned their eye toward regtech, which is now expanding its footprint far beyond its traditional association with fintech, reaching businesses of all shapes and sizes. A range of companies is stepping up to help reduce the cost and risk of compliance while simultaneously identifying new business opportunities that arise in the wake of changing regulation.
That’s undoubtedly a help. With a constantly moving backdrop, auditors are often not nimble enough to keep up. Regtech can change all that. With applications constantly being developed to adapt to evolving legislation in real-time, regtech will be essential for firms focused on delivering a positive customer experience and seeking to simplify compliance.
But even amid a regtech revolution, many firms struggle to get a handle on how technologies can help them manage risk and control cost. While hundreds of regtech companies have sprung up in the last year, with regulatory bodies such as the U.K. Financial Conduct Authority (FCA) incorporating regtech solutions into their infrastructure, a lack of system interoperability and standardization means information is often siloed.
As we’ve seen time and time again, data is only as good as its interpreter. Disparate, disorganized data sets can just muddy the waters. What’s more, even the best regtech solution does not solve the problem that could be buried inside a company’s culture.
Businesses need to create a culture where their auditors enjoy true transparency across the entire organization. New regtech solutions can help, but without the right culture, even the best technology in the world will fall flat.
Getting this formula right isn’t easy. As legislation continues to change at a break-neck pace, businesses of every kind will be forced to come to grips with the surging cost of compliance and the challenge of breaking down legacy silos that can limit visibility within a company. Ultimately, their success or failure will be determined by how well they balance technology and culture to ensure they can see the complete picture and act on information when they need to.
Digital Transformation Fintech Innovation Regtech Regulations Technology