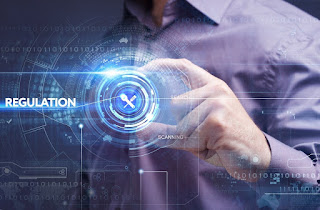 The Association’s research shows that 70% of the regtechs surveyed are bootstrapped by their founders, directors, or employees, 15% have received investment from Venture Capital, and only 9% of firms received Private Equity investment or grant funding.Deborah Young, CEO, The RegTech Association says: “Despite having everything needed to be a global player in regtech, Australia’s piecemeal domestic investment is preventing Australian innovation from underpinning the global regtech transformation.”Predicted to rise from the US $25 billion in 2019 to the US $127 billion by 2024, all signs point to significant growth in the global regtech space. Appetite for regtech services is exploding as companies look to purpose-built products and firms to help streamline regulatory compliance and protect themselves from money laundering and digital crime.With rigorous regulatory standards, Australia has proven to be fertile ground for the development of world-class products, and early adopters of the technology have strengthened their compliance processes. Yet, with only minimal superannuation and corporate VC investment, Young argues that regtech is being starved of capital by the sectors who need it most.When that investment does arrive, the process is almost cripplingly slow. 59% of the regtechs surveyed rated lengthy procurement cycles as the greatest adoption challenge, taking an average of 13 months to move projects from initial conversations to full deployment.Young continues: “The Government has a key role to play as the ultimate orchestrator of RegTech - and to back the RegTech market through formal recognition of the potential economic benefits, in particular around exports, to encourage investment into the sector and continued expansion of regulatory innovation.”The Australian Senate recognizes the potential of regtech development in the country and has established a committee to inquire and report on the industry’s opportunities, barriers, and future trends by October 2020.Barbara Sharp, CEO of regtech Pax Republic comments: “Australia punches above its weight in RegTech, but the impact of underinvestment of funding will be a classic “brain drain” to overseas markets.“Any and all initiatives that reduce the time to value over the next 12 months will be key to ensuring that by 2022, Australian RegTech companies continue to lead and that growth happens in Australia, not overseas.”
Digital Transformation Innovation International Regtech Regulations Technology